To protect its security interest, a secured party must “perfect” its lien, which is usually done by filing a financing statement with the secretary of state.  The secured party may sometimes perfect its lien by being in possession of the collateral, however in most situations this is impractical.  There are other complicated exceptions to the filing requirement set forth in the Ohio Revised Code. 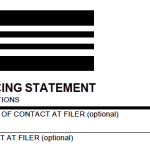 Chapter 1309 does not apply to mortgages or other interests in land.  Real estate mortgages are governed by Ohio Revised Code Chapter 5301.

As a small business, it is not always possible to hire all of the employees you think you may need. But this can be ok. Hiring independent contractors or consultants instead can be beneficial. You will get their special expertise, you will use them only as needed, you will save on tax contributions and benefits, and you will have flexibiity in the relationship.

It is critical, however, to carefully document your agreement with each independent contractor or consultant. Failure to do so could result in serious tax consequences. Also, if the relationship involves the development of a product, software, book, manual or intellectual property, to name a few, your agreement should set forth the rights you expect to retain in the final product.

Having employees is great, but independent contractors and consultants can often fill a specific need.

There is a huge downside to a general partneship; each partner may be liable for all of the partnership’s debts and liabilities.  This personal liability is the rationale behind a detailed partnership agreement.

Limited partnerships have their place, and can be a good structure for certain enterprises, such as real estate holdings, venture capital funds and so on, but limited liability companies and corporations are typically better for operating a business.

Determining the correct structure for your enterprise is a critical first step and should not be decided lightly. 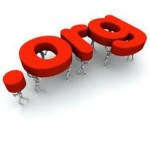 There are a lot of issues to consider when you’re thinking about starting a new non-profit organization to run your community or charitable activities.  One of the first is, are you prepared to run a business?  When you start a new organization, keep in mind there are lots of filing and compliance requirements, both with the IRS and with your state, that will apply no matter how small you are, and that last for the life of the organization.  To avoid trouble, you’ll need to take your new organization seriously, and run it like a small business.

Speaking of small business, also keep in mind that your non-profit status is a tax election.  Successful non-profits are still run like a business.  And they make money, too!  A non-profit organization simply can’t distribute its proceeds to individuals such as shareholders or partners.  All of a non-profit’s proceeds must to be used for its charitable purposes.

The form of your non-profit business organization matters, too.  While the IRS does allow various forms of organizations, such as partnerships or LLC’s, to achieve non-profit status, choosing this type of form will create lots of complications and add lots of time to the process of achieving your tax exempt status with the federal government.  So when you form your organization at the start, choose the basic corporate form in your state.  It will save time and aggravation, and allow you to run and grow your charitable business over time.

Corporate shareholders are the owners of the company, their most important function being to elect the board of directors.  The board has overall responsibility for the company’s business, and elects the company’s officers.  Officers manage the day to day business of the company.

Directors must act in the best interests of the company and its shareholders.  They are fiduciaries, a relationship based on trust and confidence.  The board should not be so large as to be unwieldy, and should preferably be an odd number to avoid deadlocks. The board meets annually, but should meet more frequently to provide advice and guidance to the company.

An S corporation (sometimes referred to as an S Corp) is a special type of corporation created through an IRS tax election. An eligible domestic corporation can avoid double taxation (once to the corporation and again to the shareholders) by electing to be treated as an S corporation.

To be considered an S corp, you must first charter a business as a corporation in the state where it is headquartered. According to the IRS, S corporations are “considered by law to be a unique entity, separate and apart from those who own it.” This limits the financial liability for which you (the owner, or shareholder) are responsible.

What makes the S corp different from a traditional corporation (C corp) is that profits and losses can pass through to your personal tax return. Consequently, the business is not taxed itself. Only the shareholders are taxed. There is an important caveat, however: any shareholder who works for the company must pay him or herself reasonable compensation. Basically, the shareholder must be paid fair market value, or the IRS might reclassify any additional corporate earnings as wages.

Before you form an S Corporation, determine if your business will qualify under the IRS stipulations, eg domestic corporation, no more than 100 shareholders, shareholders must be individuals, certain trusts, or estates, and a shareholder cannot be a partnership, corporation or non-resident alien..

Once your business is registered, you must obtain business licenses and permits. Regulations vary by industry, state and locality.

There is always the possibility of requesting S Corp status for a limited liability company, even a sole owner LLC. You’ll have to make a special election with the IRS to have the LLC taxed as an S corp using Form 2553. And you must file it before the first two months and fifteen days of the beginning of the tax year in which the election is to take effect.

The LLC remains a limited liability company from a legal standpoint, but for tax purposes it’s treated as an S corp.

Most businesses need to register with the IRS, register with state and local revenue agencies, and obtain a tax ID number or permit.

All states do not tax S corps equally.

Your corporation must file the Form 2553 to elect “S” status within two months and 15 days after the beginning of the tax year or any time before the tax year for the status to be in effect.

The “owners” of an LLC are referred to as “members.” Depending on the state, the members can consist of a single individual (one owner), two or more individuals, corporations or other LLCs.

Unlike shareholders in a corporation, LLCs are not taxed as a separate business entity. Instead, all profits and losses are “passed through” the business to each member of the LLC. LLC members report profits and losses on their personal federal tax returns, just like the owners of a partnership would.

While each state has slight variations to forming an LLC, they all adhere to some general principles:

Choose a Business Name. There are 3 rules that your LLC name needs to follow: (1) it must be different from an existing LLC in your state, (2) it must indicate that it’s an LLC (such as “LLC” or Limited Company”) and (3) it must not include words restricted by your state (such as “bank” and “insurance”). Your business name is automatically registered with your state when you register your business, so you do not have to go through a separate process.

File the Articles of Organization. The “articles of organization” is a simple document that legitimizes your LLC and includes information like your business name, address, and the names of its members. For most states, you file with the Secretary of State. However, other states may require that you file with a different office such as the State Corporation Commission, Department of Commerce and Consumer Affairs, Department of Consumer and Regulatory Affairs, or the Division of Corporations & Commercial Code. Note: there may be an associated filing fee.

Create an Operating Agreement. Most states do not require operating agreements. However, an operating agreement is highly recommended for multi-member LLCs because it structures your LLC’s finances and organization, and provides rules and regulations for smooth operation. The operating agreement usually includes percentage of interests, allocation of profits and losses, members’ rights and responsibilities and other provisions.

Obtain Licenses and Permits. Once your business is registered, you must obtain other necessary business licenses and permits. Regulations vary by industry, state and locality.

Since the federal government does not recognize LLC as a business entity for taxation purposes, all LLCs must file a corporation, partnership, or sole proprietorship tax return. Certain LLCs are automatically classified and taxed as a corporation by federal tax law. For guidelines about how to classify an LLC, visit IRS.gov.

You should file the following tax forms depending on your classification:

Combining the Benefits of an LLC with an S-Corp

There is always the possibility of requesting S-Corp status for your LLC.  You’ll have to make a special election with the IRS to have the LLC taxed as an S-Corp using Form 2553. You must file prior to the first two months and fifteen days of the beginning of the tax year in which the election is to take effect. For more information about S-Corp status, visit IRS.gov or read Should My Company be an LLC, an S-Corp or Both?

The LLC remains a limited liability company from a legal standpoint, but for tax purposes it can be treated as an S-Corp. Be sure to contact the state’s income tax agency where you plan to file your election form. Ask about the tax requirements and if they recognize elections of other entities (such as the S-Corp).

Advantages of an LLC

Disadvantages of an LLC