What an awesome experience I had on June 19, being sworn into the bar of the Supreme Court of the United States.  It is very humbling to stand in front of nine justices in black robes in such a regal environment.  My good fortune continued as I had the opportunity to have a brief one-on-one conversation with Ruth Bader Ginsburg.  What a day! 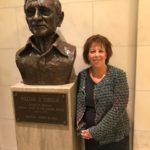 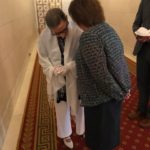 As a business lawyer, an outsourced general counsel, I don’t expect to ever argue before the Court.  However taking the oath to join the group of lawyers allowed to practice before the nation’s highest court was an opportunity not to be missed.