In addition to a sig 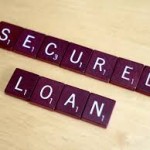 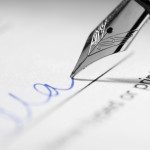 If the collateral is other than consumer goods, i.e. those items that are bought or used primarily for personal, family or household purposes, the security agreement may cover both existing collateral and “after-acquired” collateral provided that the agreement specifically states as such.

The attachment and enforceability of a security interest is governed by Ohio Revised Code Section 1309.203.

The United States Federal Trade Commission restricts the types of consumer goods which can collateralize most loans. With certain limited exceptions, the FTC prohibits a secured party from taking a security interest in most household goods, including clothing, furniture, appliances, one radio, one tv, linens, china, crockery, kitchenware, personal effects and wedding rings. There is no such prohibition on security interests in works of art, other electronic entertainment equipment, items acqured as antiques (more than 100 years old) or other jewelry. See Title 16 of the Code of Federal Regulations, parts 444.1-444.5 (2006) for additional information.

Before signing any documents for a business loan, pay attention to the covenants.  Loan covenants can be affirmative, things the lender requires you to do, or negative (restrictive), things you can not do without the lender’s prior approval.  It is critical that you understand the covenants set forth in your loan documents; violating a loan covenant is a default under the agreement and the lender can choose to call the loan or take other remedial action. 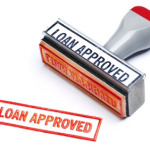 Affirmative covenants include providing financial statements to your lender on a regular basis and carrying certain insurance policies, while negative covenants include restrictions against borrowing from another source, making management changes and selling collateral (other than inventory).  There are any number of covenants that may be included in your loan documents, these are just a few possibilities.

Financial covenants require your company to maintain certain financial ratios, such as those pertaining to working capital, net worth, debt, profitability and cash flow, which are calculated based on your financial statements.

In addition to the more traditional business loans, there is also the business line of credit.  The LOC typically includes a borrowing formula based on a certain percentage of current accounts receivable.

Loan covenants are the lender’s way of attempting to limit its risk, and are therefore not to be taken lightly.